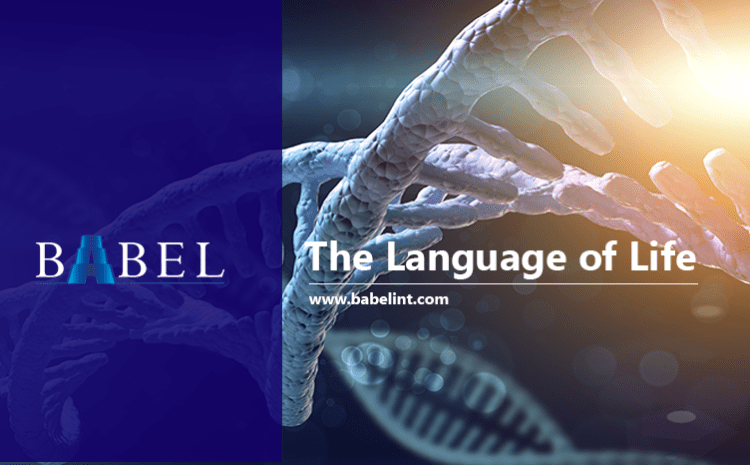 A question: what is comprised by letters, words, grammatical rules and synonyms? Quite obviously, the right answer is a language. This could be a language of the kind we use to talk with each other, such as English or Spanish, or it could also be a computer coding language like Python, C# or JavaScript.

It might come as a surprise, however, to learn that all these components are equally present in the language of DNA.

All the physical, mental and personality traits we inherit as living beings (people, penguins and poppies alike) are derived from coded instructions passed on by one generation to the next through the DNA in our genes. And just like any instructions, the ones transmitted in our DNA require an intelligible language with all the characteristics that a language of any nature possesses.

Let’s look at this a bit more closely. DNA is made up of four basic building blocks, namely the organic compounds adenine (A), cytosine (C), guanine (G) and thymine (T). These building blocks are known as nucleobases and provide DNA with a basic genetic alphabet composed of four letters. And like the letters you are reading now, they can be combined to create words. Each word in the genetic code consists of three letters, thereby giving us a total vocabulary of 4 x 4 x 4 = 64 possible words.

The word CAG, for example, is DNA code for glutamine, which is one of the 20 amino acids used for making protein in the human body. A curious feature is that different words from the DNA lexicon can be used to produce the same amino acid, which means that genetic language includes synonyms. In addition, certain words give instructions to start and stop processes, much like a capital letter and a full stop indicate where a sentence begins and ends.

One mystery that continues to baffle scientists to this day is that as little as two percent of the DNA vocabulary in use spells out actual instructions. The remaining 98 per cent doesn’t seem to make any sense at all and is referred to as non-coding or “junk” DNA. Nucleobase sequences such as ACACACACACACACACACACAC are very common in DNA but do not provide any discernible instructions.

This article’s presence on Babel’s website may lead you to ask yourself whether this genetic language is translatable, like English or Spanish. The answer is a resounding yes: that is precisely what enzymes do. These biological catalysts translate the three-letter chemical sequences created by the nucleobases into instructions to make amino acids or to start or stop their production. Without this critical function, we would find ourselves facing extinction very quickly.

So, in a nutshell, not only do you speak a language, you as a unique biological being are a language and your very existence is derived from an accurate translation of that language. From a professional point of view, I’d say these enzymes are doing a pretty good job!

Based on Jeremy Narby, The Cosmic Serpent.