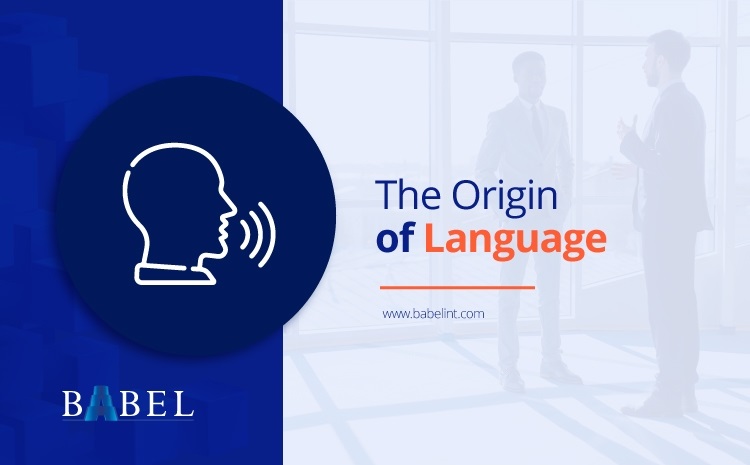 How does language arise?

But how did language – without doubt one of mankind’s most profound and far-reaching accomplishments – actually come into being?

According to the American psychologist Dr C. George Boeree, language evolved from animal vocalisations and signs, including sounds such as mating calls or scents to mark territory (https://webspace.ship.edu/cgboer/langorigins.html). But the notable absence from these forms of proto-communication is the use of symbols, which is one of the big differentiators between animal self-expression and human languages.

Even though the first confirmed use of what we recognise as language dates back to around 6,000 years ago, there is evidence that it has been in use for more than 100,000 years. One theory of many is that the incoherent grunts and hoots of hominids many millennia ago gradually assumed standardised forms as vehicles for conveying specific meaning among clan members (https://www.linguisticsociety.org/content/how-did-language-begin).

The problem with confirming this hypothesis is that vocalised symbols in the form of spoken words do not leave any identifiable evidence for subsequent generations to work with. All we have to go on in this regard is the shape of the vocal tract. Up until around 100,000 years ago, human mouths, throats and tongues lacked the shape required to reproduce the sounds used in today’s languages, so there is certainly a strong physiological element in the advent of language.

Broadly speaking, the numerous theories on the origins of language fall into two main camps: Continuity and Discontinuity (https://www.languageinsight.com/blog/2019/the-origin-of-language-evolutions-greatest-mystery/). The Continuity theory advocates a steady process of gradual refinement to evolve language into what it is today. But the Discontinuity theory argues for a sudden freak occurrence, such as a single mutation event that promptly equipped the human brain to operate language.

The academic and scientific consensus is that we’ll probably never know for sure how language came into existence; but equally challenging would be for us to imagine what life on Earth would be like without languages or the art of professional translation.