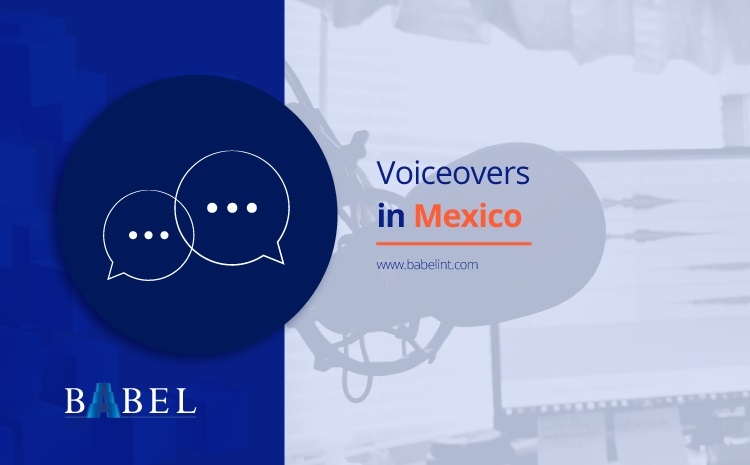 Any discussion of voiceovers or dubbing in Latin America will invariably hail the fundamental role of Mexico in this art form. To begin with, it was here that films from Europe and the United States were first dubbed during the 1940s.

The boom of the Mexican voiceover industry reached such heights of prestige that in 1944 representatives from the legendary studio Metro Goldwyn Mayer visited Mexico City to recruit voice talent for the US. Many of these headhunters found the talent they were looking for at the now mythical XEW radio station in the guise of some of its biggest radio drama stars.

Production giants such as Warner Brothers and 20th Century Fox had their eye on expanding into Latin American markets during the 1940s and found in the Mexican dubbing industry the perfect ally for screening their films throughout the continent.

Two key points made the Mexican industry stand out from the start:

This abrupt prohibition pushed the Mexican dubbing industry into the arms of an unusual but entertaining ally: cartoons.

Workers in the dubbing industry found a financial and artistic lifeline in animated series. Dubbed content in Mexico moved away from literal translations of English content to offer comprehensive cultural adaptations of characters and source material.

So much artistic license was taken with these adaptations that at times the meanings of words were transformed completely!

Perhaps the best known example is Top Cat. How can we forget the whiny voice of Benny the Ball, the Yucatecan accent of Choo-Choo or The Brain’s iconic stammering? These inflections were the brainchild of the Mexican voiceover industry and gave the US characters completely new personalities.

Like this example there are hundreds more:SilverHawks, ThunderCats, The Smurfs, Bugs Bunny, The Flintstones, Scooby Doo, Woody Woodpecker, The Simpsons…

Not to forget Japanese series such as Knights of the Zodiac, Candy Candy, Sailor Moon, Captain Tsubasa, Dragon Ball and countless others.

While it’s true the Argentine and Venezuelan dubbing industries enjoyed a major boom in the 1960s and 1970s, Mexican voiceovers were always ahead of the curve. Case in point: whenever you find content on the internet that is in Spanish, almost 90% will be using Mexican voiceovers.

Some years ago, the film and TV dubbing industry suffered a major blow with the trend of hiring “celebrities” to voice characters. Professional voice actors were replaced with television comedians such as Eugenio Derbez and Omar Chaparro, among others. This tendency, combined with low wages, led to the forming of unions and the disappearance of Mexican voiceover legends.

Although the professional dubbing industry has witnessed a drop in film and TV work, standards remain high and the grand tradition of Mexican dubbing continues in corporate voiceover services for digital content such as:

Mexico looms large in the global history of dubbing, no doubt about that!

Are you looking for professional dubbing or subtitling services?